You are here: Home1 / Blog2 / Peace Education3 / The Connection between Dr. Maria Montessori and Gandhi 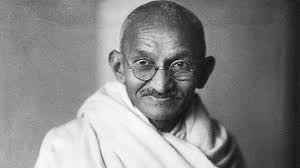 One World Montessori observes Gandhi’s birthday every year in the beginning of October. Gandhi’s practice of satyagraha had distinct influence on the development of Dr. Maria Montessori’s perspective on peace education and fostered the start of many Montessori schools for the lower caste systems in India. Gandhi was very interested in the Montessori system of education and he personally taught the children in his Ashrams using a technique similar to the one Dr. Montessori developed. Montessori met Mahatma Gandhi in London in October 1931. On October 28, 1931, at Maria Montessori’s invitation, Gandhi spoke at the Montessori Training College in London. You can read his speech here.

During Montessori’s stay in India (1939 – 1946), she and Gandhi communicated with one another. One of the letters Montessori wrote to Gandhi is on display at his Ashram in Sevagram. Montessori and Gandhi both strongly believed that to have real peace, we must begin with the children. In honor of this commitment to peace, we acknowledge Gandhi’s birthday each year.

The Prepared Environment at Home

Protecting Children During and After a Horrific Event
Scroll to top